Luxury Ranches? How America’s Booming Billionaire Class Is Changing the Face of the West

The amount of land owned by the largest private landowners has increased dramatically in the past 15 years as the wealthy accumulate vast estates in the nation’s West, The Washington Post reported.

Ranches used to be valued primarily for their ability to support cattle, but recent wealthy buyers are typically content to purchase the properties as retreats, leaving the business affairs of the ranch to professional managers, according to the Post. Some even purchase multiple ranches for different seasons and purposes, the Post reported.

“When people strike it rich, they want a big parcel of land,” said Eric O’Keefe, editor of the Land Report, a publication that tracks ranch ownership, to the Post. Ranches provide an opportunity to diversify portfolios and reliably appreciate, as opposed to traditional status symbols like yachts, the Post reported.

The top 10 landowning families together account for almost 15 million acres of land ownership, about 35% of the total land owned by the top 100 landowners, according to the Post. 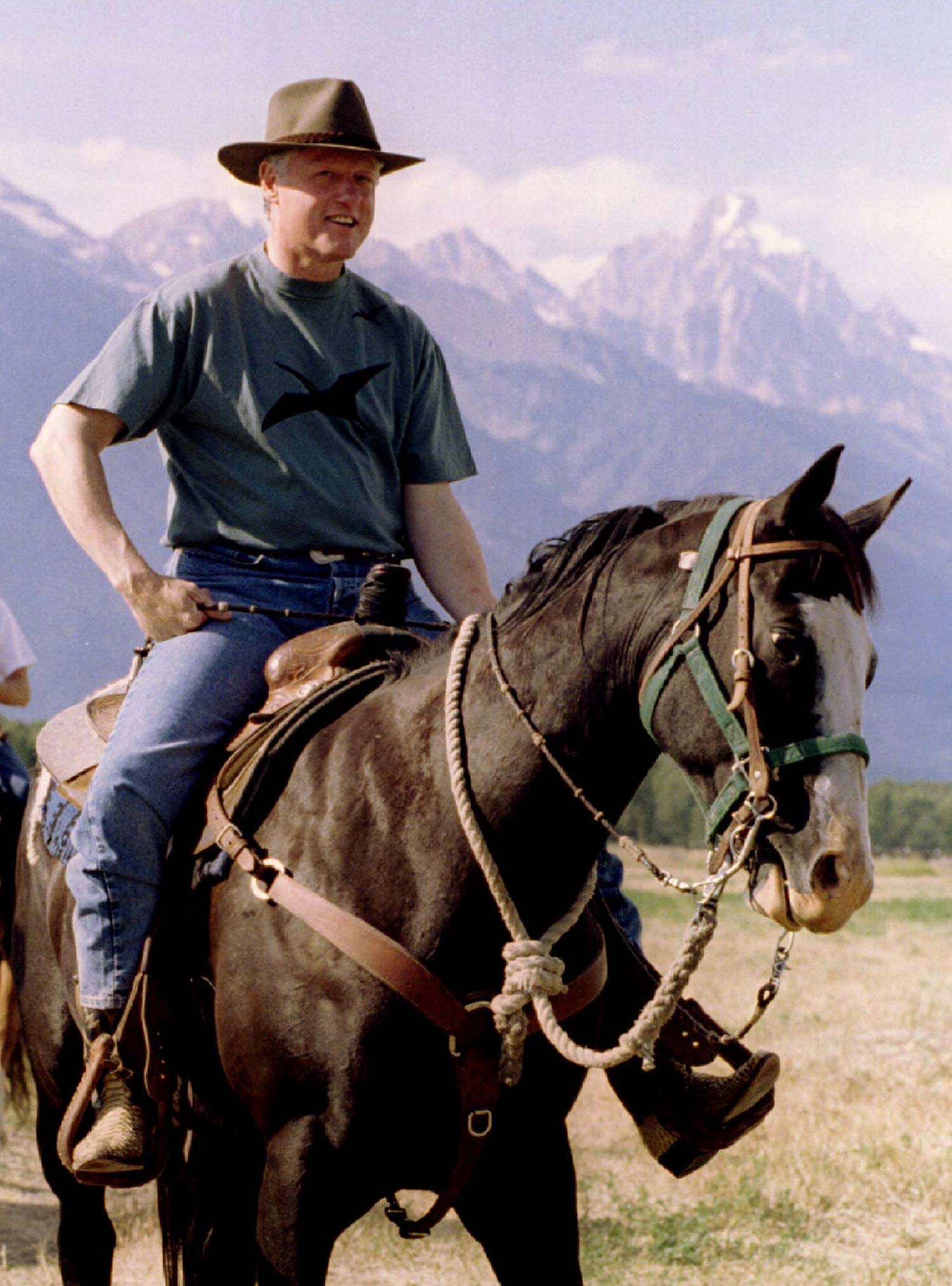 President Bill Clinton sits on “Wink” while taking a break from horseback riding August 14, 1996 to speak to the media on the Bar B Bar ranch near Jackson Hole, Wyoming. Reuters/Mike Theiler

Wyoming is a particularly attractive location for these investments, because there are no inheritance, personal, gift or corporate income taxes, the Post reported. The recently listed Diamond G Ranch, a 5,000-acre Wyoming property with four wells, a lake, guest homes and a cabin for the managers, asks for $71 million, The Wall Street Journal reported.

Since the pandemic, ultrawealthy buyers have been flooding the West with offers, with real estate agents taking advantage of the close network amongst the ultrawealthy to upsell and promote properties to prospective clients, the Post reported. For example, O’Keefe told the Post that telecommunications mogul John Malone blamed his friend and CNN founder Ted Turner for getting him involved in ranching.

“We tell buyers, ‘Your buddy has 8,000 acres so we know you can’t buy less than that,’” Grey Fay of brokerage firm Fay Ranches told the Post. “It’s a funny joke but it does seem to work.”

Jim Taylor, director of ranch broker firm Hall and Hall and one of the most successful ranch brokers of all time, “never thought that [he’d] have another year like” 2016, after his 2016 sale of the $725 million Waggoner Ranch, according to the Post. However, in 2020, Hall and Hall brokered $1 billion in sales, with over twice as much brokered in 2021, with blockbuster sales like the $200 million sale of Beaverhead Ranch from Koch Industries to Robert Murdoch, the Post reported.

Hall and Hall represented both sides of the deal for the 340,000-acre ranch in Southwest Montana, amid what Hall and Hall’s website described as “the strongest real estate market that any of us have experienced,” according to the Post.
“A ranch is a living thing,” said Hall and Hall partner, Tim Murphy to the Post. “It takes years to understand it. It could take years to see it all.”

1 thought on “Billionaires grabbing up ranches for personal retreats”